KAABOO Del Mar, which will happen over the Sept. 14-16 weekend, has just announced the daily lineup of musicians and comedians for its fourth annual festival. Featuring a unique combination of music, comedy, contemporary art, and gourmet cuisine, the festival located in San Diego is only a short trip from San Francisco and is conveniently located at the Del Mar Racetrack and Fairgrounds in Southern California.

On Friday, September 14, the three-day festival will kick off with the Foo Fighters, Incubus and Jimmy Eat World, Halsey and Post Malone, with laughs from Craig Ferguson and more. On Saturday, Imagine Dragons, N.E.R.D, Earth, Wind & Fire and more will lead the lineup, while Iliza Shlesinger will head up HUMOR ME. Then on Sunday performances by Katy Perry, TLC, Vanessa Carlton, and Jewel, who will be joined by Robert Plant and the Sensational Space Shifters, Wiz Khalifa and more to close out the fest.

Single-day passes are on sale now through kaaboodelmar.com. The confirmed music and comedy lineups by day are below. 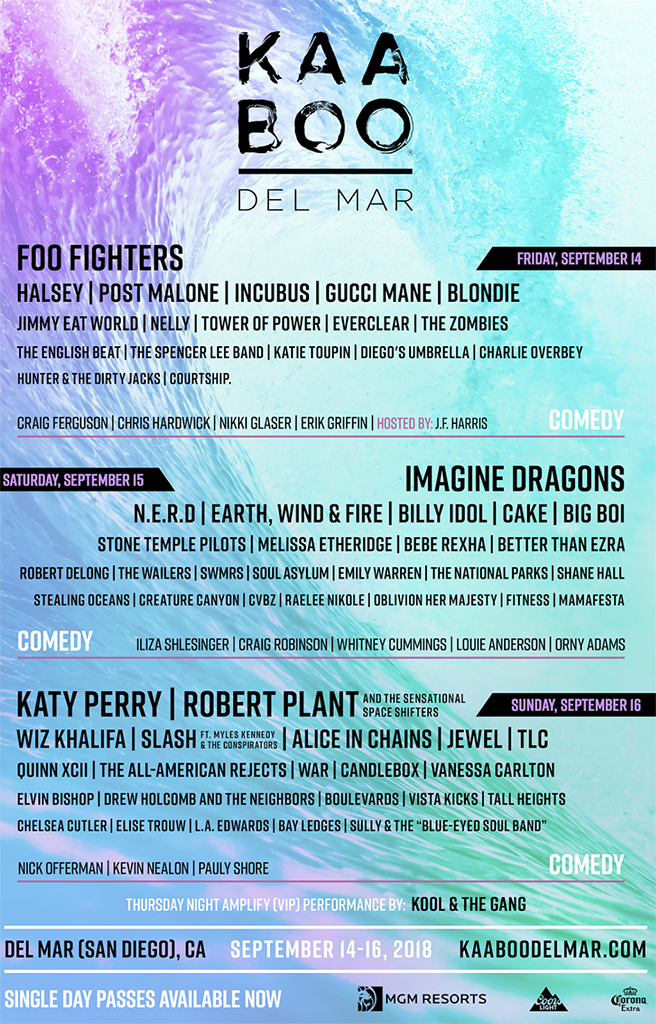 KAABOO Del Mar is coming up in a few months. The epic music and comedy festival