A native of Seattle, Megan Hilty moved to New York City after graduating from Carnegie Mellon University and quickly made her Broadway debut as Glinda in Wicked. She returned to Broadway in 9 to 5: The Musical as Doralee Rhodes, the role made famous by Dolly Parton.

In November, Hilty will be joining Cheyenne Jackson (Altar Boyz, American Horror Story, Glee) at Davies Symphony Hall for an intimate holiday concert. Our musical theater contributor, Gavin Delgado, spoke to Hilty about the show, what she thinks of San Francisco audiences, and how the collaboration with Cheyenne came about.

This interview has been edited for length and condensed for brevity

Gavin Delgado: How are you doing today?

Gavin: I’m on my way to work after this but. It’s a little chilly here. Are you in New York?

Gavin: I’d just like to introduce myself. My name is Gavin Delgado and I’m the musical theater correspondent for a website called Music in SF.

Gavin: We’ve met before. We met at Feinstein’s when you were expecting Viola.

Megan: Oh my gosh a million years ago. That must’ve been like six years ago.

Gavin: I had a great talk with your husband Brian about music.

Megan: Yeah, he’s wonderful. I kind of like him. [laughter]

Gavin: Well, it’s really a pleasure to be able to talk to you today. I know you’re no stranger to San Francisco. Obviously I just mentioned Feinstein’s at the Nico. I also saw you with Seth Rudesky at the Norse. And then you’ve done cabaret at the Fairmont Hotel.

Megan: I also played the Armory I believe. It’s down the street from the Nico, or the Armory, I can’t remember. I’ve been there lots of times. I love San Francisco!

Gavin: Oh great. That was my next question actually. What do you enjoy most about performing in San Francisco?

Megan: Gosh, they kind of remain the same. Bernadette Peters has always been my everything. When I was kind of shifting my focus from classical music and opera to musical theater it was the recording of Into the Woods that just kind of stunned me. And I thought well, first of all, it’s like who is this creature?

Megan: Oh absolutely, yeah. Oh definitely. I mean, I’m deeply grateful for all of the roles that I’ve gotten to play.

Gavin: So speaking of that. You played so many iconic characters. Glinda, Doralee Rhodes, Ivy Lynn, which is one of my favorites by the way. And as of late the great Patsy Cline. What is your process to make each unique to you and which one is the most like you?

Megan: Well, in each of those cases someone else much more famous made those roles iconic. Early on when I went into Wicked I realized pretty quickly that I was going to have to find a balance between what was set before me and bringing myself to that role. Because simply trying to do what someone else has done, it’s just, it seems empty. I know because I tried it and it just wasn’t working.

It wasn’t working for me and it wasn’t working for the people watching in the rehearsal studio. And so I’ve really applied that to every other thing that I’ve done because in all of those cases, except for playing Ivy Lynn, someone else already set the bar really really really high. So I had to figure out how to pay homage to the brilliant performances that were done before me and also making it my own and being okay with that.

Gavin: Okay, so let’s get back to the concert. Is this the first time that you’ve ever performed with Cheyenne Jackson?

Megan: It will be the first full-length concert. We’ve done several benefit concerts singing with symphonies but just like one song here in there. This is gonna be our very first venture into our joint show. And we’re so excited that we’re going to be doing it in front of the amazing San Francisco audiences. I mean that was a big deal to us. We wanted to feel like we were in a safe space. We wanted to feel like we were with people that were on our side. So it means a lot. But San Francisco is our first together.

Gavin: Did you know that he had done West Side Story in concert here?

Megan: I believe it. That’s actually the first time I met, or not met, but I was exposed to Cheyenne. When he did West Side Story in a community theater up in the Washington area where we both grew up. We’re both from the northwest and I saw him as Tony in West Side Story up there. So it makes complete sense.

Gavin: Getting back to the show. What can San Francisco audiences expect at this concert?

Megan: I mean kind of the best of both of our worlds. Our favorite songs that we’ve done in shows already. And our favorite songs in general. And some really really fun duets that we are extremely excited about. I think the biggest thing is that you’re going to see two people who really enjoy spending time together and getting to do that onstage. Hopefully, that will be the takeaway. It’s just feeling like you’re kind of in the living room with us. Just like we rehearse anything because those are the most fun things. So we want to take that energy to the stage.

Gavin: Great. Will there be any holiday songs?

Megan: Yes, there will be a couple of holiday songs. Because I mean it’s in December.

Gavin: Great. Well, I have a question which might sound silly. Do you ever think that Bombshell will ever be on Broadway?

Megan: It is not a silly question. I will tell you that we went off the air six years ago and I believe every single day I am asked about it by strangers for years now. There is still this intense following, investment and curiosity in these stories and these characters. Which is just remarkable to me. I have heard rumblings that they are working on some kind of stage production too. I don’t know when it’s going to happen. Yes, I have. I have been contacted about it.

Gavin: Well, I really want to thank you for your time.

Megan: Thank you so much. I really appreciate you talking to me today. I look forward to seeing you on the fourth! 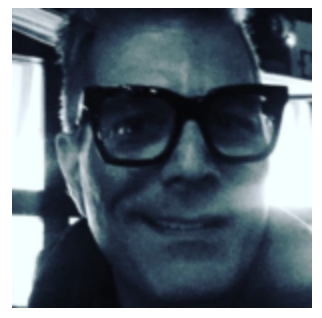 Gavin Delgado is the man on the scene for anything musical related. With over 1,700 followers on Twitter he’s considered an influencer in the San Francisco theater community.

Fantastic Negrito has launched a Fund Me campaign to launch his own record label, Storefront Records, right here in West Oakland, … More