Sharon Jones & the Dap-Kings’ final studio album, Soul of a Woman, is a lush, orchestral masterpiece. A true testament to the life and career of Daptone’s fearless leader and one of the world’s greatest performers.

Though we’ll never again see her electric form shimmy across the stage, Sharon Jones continues to give us her soul and her music. She died nearly a year ago, but only now can we hear her final creation. Soul of a Woman captures a singer and a band at the peak of their power. Cutting one last time to eight-track tape at Daptone’s House of Soul studio in Bushwick, Brooklyn, the band endeavored to create a record that stretches the limits of their soulful sound in all directions, giving us both their rawest and most sophisticated recordings to date–a final statement by one of the most influential rhythm and blues voices of the 21st century. 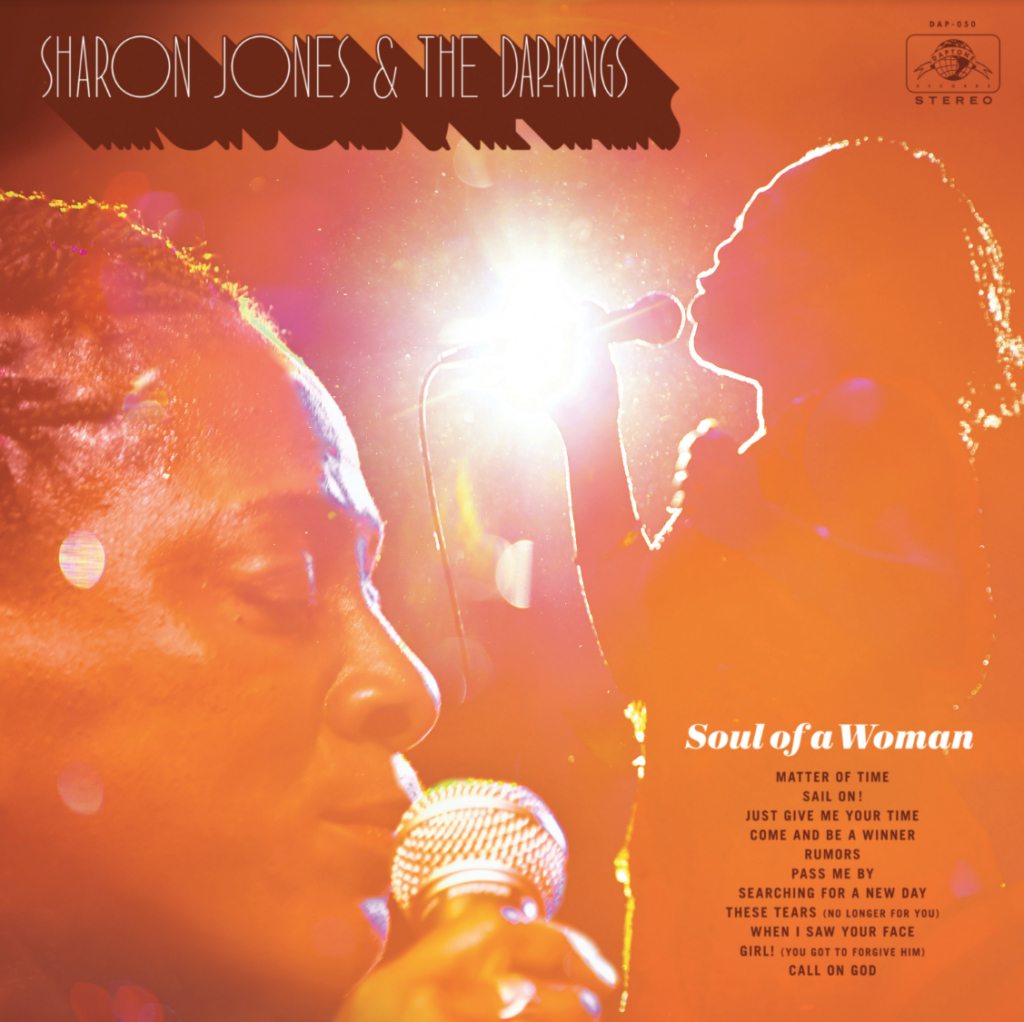