The Best Of Everything, the first career-spanning collection of all of Tom Petty’s hits with The Heartbreakers, his solo work and Mudcrutch, will now be released on February 1.

The 38-track set also features two previously unreleased tracks, including the collection’s lead single—an alternate version of the title track, which restores a never-heard second verse to the song that was originally recorded for the Tom Petty & The Heartbreakers’ 1985 album, Southern Accents. 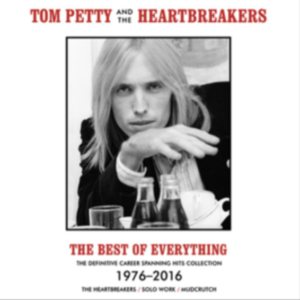 All 38 recordings on The Best of Everything have been newly mastered for this collection from the original stereo master tapes or digital files by Chris Bellman at Bernie Grundman Mastering, with supervision by Ryan Ulyate.

How did you come up with the name of the band? We were looking for strong,