The Ramona Flowers are releasing their album “Part Time Spies,” today. The album contains the singles ‘Dirty World’ and ‘Skies Turn Gold‘ – the video for which can be seen here.

The Ramona Flowers have announced details of a London headline show, they will play the Electrowerkz (Torrens Street, EC1) on 12th October 2016. They are currently touring North America and will then return for the aforementioned London date and then head out for a European and UK tour with White Lies keeping them busy for the rest of 2016. 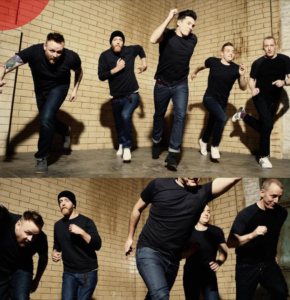 From Indian Lakes have released a video for “The Monster,” from the band’s forthcoming record, “Everything

According to a press release that went out this morning, Justin Skye released a new track

In 2015 The Legends released the album “It’s Love” after a 6-year hiatus. Today the band

Another Planet Entertainment (APE) is partnering with Bay Properties, Inc., owners of the Castro Theatre, on an evolution of San … More