The group has announced they’ll kick off a U.S. headlining tour beginning September 13 in Los Angeles, with a stop at KAABOO Del Mar on Sept. 14-16 in San Diego. For complete tour dates see below. 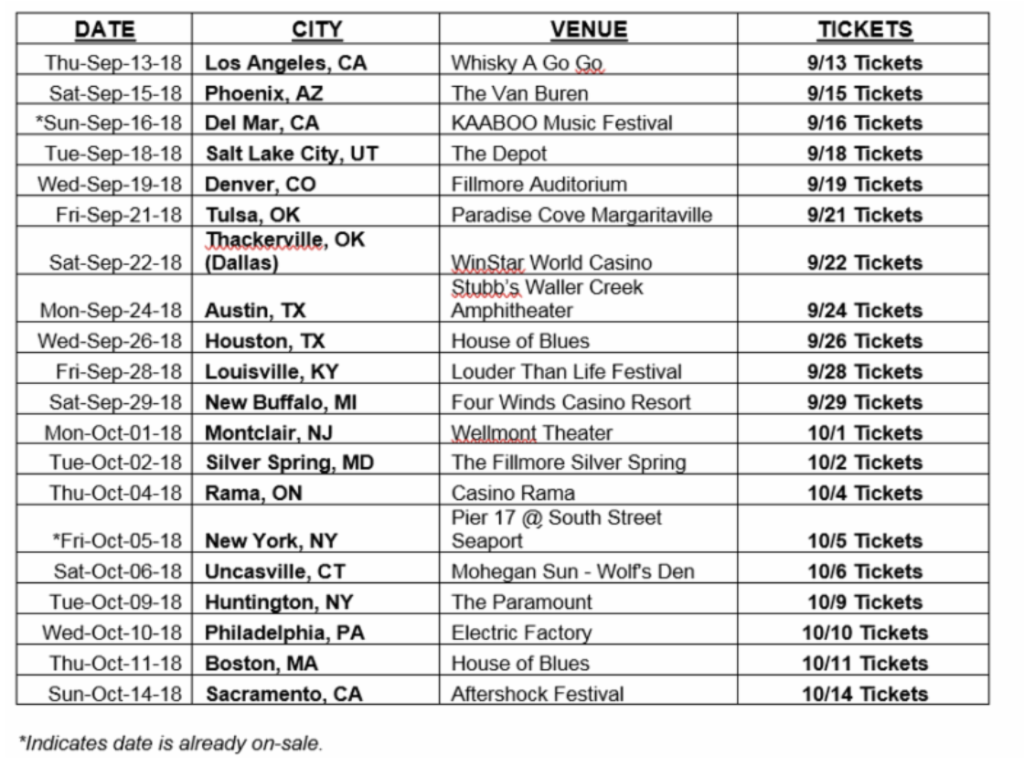 Watch the lyric video and listen to the unreleased 1986 studio recording of “Shadow of Your Love.”

Seal Tour Announced Coming to the Paramount in June

Seal embarks on a 30th anniversary tour this spring with special guest The Buggles. He’ll be making a stop at … More

The Mill Valley Chamber has announced the full music lineup for its
Seal embarks on a 30th anniversary tour this spring with special guest
Cultural icon and original diva Madonna is making her way to the
Noise Pop Festival, San Francisco Bay Area’s premier independent music and arts
Coachella returns to the Empire Polo Club in Indio, CA for two weekends
This website uses cookies to improve your experience. We'll assume you're ok with this, but you can opt-out if you wish. Cookie settingsACCEPT
Privacy & Cookies Policy