Jason Mraz has proved time and again, right from his first album Waiting For My Rocket To Come, that you might call his music guitar pop, but it’s a huge slice of heart and soul. Unafraid to be quirky, he almost certainly appears on the guilty-pleasures list of countless hipsters; but pleasure is pleasure, and there’s no need for guilt: Mraz is the king of the feel-good, and he’s coming to Berkeley’s Greek Theatre this Thursday.

With his sixth and most recent album, Know, released last month on August 10th, Mraz has proven once again that there is still a place for optimism in this world. The theme of the record is no surprise – it’s about love because of course, it is – but it’s deftly done, a slice of subtly insistent wellbeing that places celebration at the heart of the good life. In times like these, it may be just what we need. 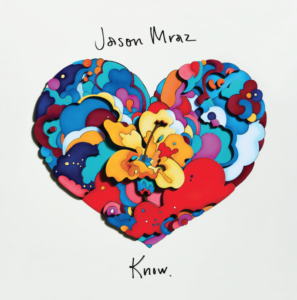 Mraz is undeniably mainstream – Know debuted at number nine on the Billboard 200 – but there’s an unabashed quality to Mraz which you only find in artists who have managed to become big through the happy accident of having their artistry chime with a huge audience, rather than through careful over-management; and it’s the sincerity of the journey that sells it. In an interview with Billboard, Mraz revealed that much of the album was inspired by love letters he wrote to his wife to constantly remind himself that love was still the answer. The album has ten tracks, with the pre-released. “Have It All” (inspired by a blessing given by a Buddhist monk to Mraz in Myanmar) gently singing “May you have auspiciousness and causes of success,” while “Unlonely,” is a foot-tapping track with rapid lyrics under a canopy of fast and strong beats.

The back catalog is strong too. Right from his 2002 debut, rising out of the coffee shops of San Diego with Waiting for my Rocket to Come, Mraz has spun through break-out self-referential humor (“Wordplay”, a hilarious sprint through why he loves his music and why he thinks you should too), to Broadway shows (this year’s 10-week stint in Waitress at the Brooks Atkinson Theatre), through sharing the stage with Alanis Morissette, Jewel, P.O.D. (no, seriously), and songwriting queen Tracy Chapman, at London’s Royal Albert Hall. He’s even managed to cover Bob Marley in a way that was both respectful and joyous.

This Thursday, the show is likely to cover the hits (“Wordplay,” “Curbside Prophet,” “I’m Yours”) and the best of the covers (yep, “One Love”), as well as a deep bench of non-single hits (start with anything from 2008’s We Sing. We Dance. We Steal Things and move on from there) and the Greek is the perfect place for it. A consummate performer, Mraz puts on shows that demonstrate that owning a stage with only an acoustic guitar isn’t something Ed Sheeran invented, and he does it with a sense of infectious enjoyment which makes the best of his zest for life. This Thursday’s show is a great opportunity to see him live, so consider heading over to Berkeley to catch the show.

Curious about our gear? Go behind the scenes of the #GoodVibesTour with front of house engineer Ettore Dedivitiis & monitor engineer Matt Kornick! https://t.co/iKp5rE6Po2@YamahaMusicUSA @SoundImageinc pic.twitter.com/p5TCdkQBjR

Van Morrisson has just announced a series of US tour dates. Lucky for Bay Area fans,