The Artisanals are set to release their self-titled debut album on September 21. In anticipation of the release, the Americana band that’s heavily influenced by artists like Tom Petty and Bruce Springsteen are set to play the Hotel Utah on July 12.

To help promote the new LP they’ll be releasing the first single off of the album “Angel 42” shortly. In the meantime, check out the lyric video above.

The band has already gotten lots of support from some big names in the industry. Ben Bridwell of Band of Horses is a huge champion of the band and had them support a run of shows last year. The guys also recently completed a tour with Dylan LeBlanc, and Shovels and Rope are also big fans. 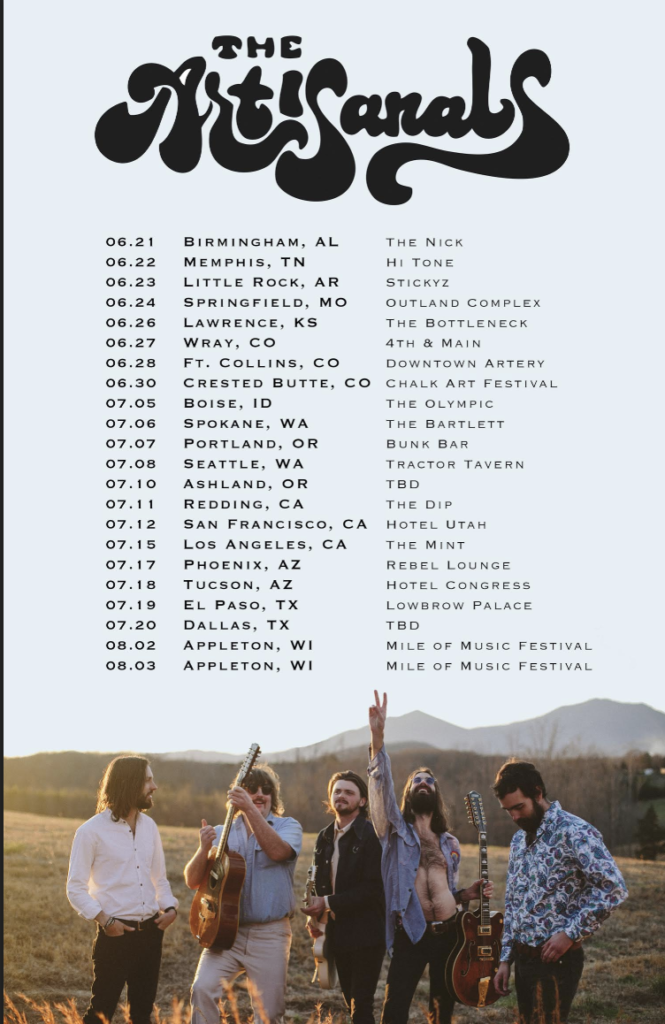 Arroyo Seco Weekend Festival is coming June 24 and 25, to the shady

Billie Eilish – No Time to Die

The Best of October in San Francisco Music

With fall slowly turning the warm colors, and with a mid-week (two weekends!) Halloween waltzing in at … More
02

The Arroyo Seco festival came to a close yesterday. The two-day event, which had its inauguration last … More
03

Over the course of his extensive career, French musician
On Nov. 9, English rock band and what-the-hell-was-that specialists
The Joy Formidable have quietly been building a reputation
mewithoutYou. They might seem beset by the most hipsterish
Twenty years and 10 albums into a career that
This website uses cookies to improve your experience. We'll assume you're ok with this, but you can opt-out if you wish. Cookie settingsACCEPT
Privacy & Cookies Policy