How would you describe your sound?
Super beautiful folk-pop

When did you first become interested in playing music?
I’ve been singing since I was tiny and always loved it. I started playing the piano when I was 8, but I didn’t start composing and writing songs until I was about 12. It was like I realized that everything I’d ever learned about music was actually a set of tools that I could make up my own stuff with.

What’s the strangest or funniest thing that’s ever happened to you at a show?
A dad came up to me after a performance and basically said: “I think you should go out with my son because you’re sad and he’s also pretty sad.”

What are you listening to these days?
The new Mitski album (duh). I’m also really falling in love with Jessica Pratt. She’s a freak-folk musician with roots in SF and her music feels so mythical and layered. My standbys are Anais Mitchell, Joni Mitchell, Leonard Cohen. Also, several Tom Waits albums that I pull out every fall. 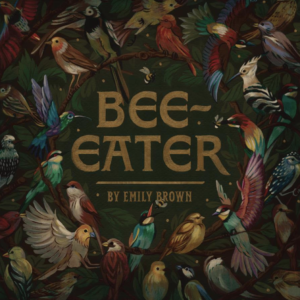 What are some of your favorite Bay Area music venues?
I love Hotel Utah— all that dark old wood around the bar and the boat hull that’s built into the wall! It’s a venue that feels intimate. Also, their sound guys are amazing. Amnesia is really fun too and seems to draw really good crowds who are invested in music.

What are some of your favorites hangs in the Bay Area and why?
I love Lake Anza. The water’s never too cold and floating around on the lake and seeing the fog in the trees is 100% dreamy. I also love The Albatross in Berkeley. I suck at darts but it’s so fun to take friends there and get a bowl of popcorn and at least make *attempts* at darts all night.

What does music mean to you?
Music is a way to connect with people and a way I connect to myself. I feel like the truest version of me when I’m singing my feelings in front of a bunch of people who are just connecting with those feelings. It’s personal and conversational at the same time.

How’d you guys first get together to play music?
My band’s made up of different friends I’ve made in the Bay. It’s just been a bit at a time— getting to know someone, finding out they play this thing or that, trying it out. It’s been nice to just snowball the group that way.

Is there anything you’d like to plug?
My new album Bee Eater! It came out August 31st.

Virtual auditions are underway for the upcoming Season 16 of America’s Got Talent. During the weeks of January 25th and February … More

Todd Rundgren has announced his 2021 Clearly Human virtual tour, featuring 25 performances, each geo-fenced and tailored to a different US city. … More