Menu
It wasn’t too long ago that The Pretenders played San Francisco and the Bay Area. On the heels of a great performance the band has just announced the release of its long-awaited new album “Alone,” which was recorded with The Black Keys’ Dan Auerbach at his Easy Eye Studio in Nashville and mixed by Tchad Blake (The Black Keys, Elvis Costello, Richard Thompson). The album was initially conceived as follow-up to legendary bandleader Chrissie Hynde’s acclaimed 2014 solo debut, “Stockholm,” but as its songs and sonics took shape, the collection soon revealed itself as the first all new Pretenders LP since 2008’s “Break Up the Concrete.”
“We were in the studio hanging out,” Hynde says, “and the guys were talking about their families and their wives and I said, ‘Well, I do everything alone. I go to the cinema alone. I go to restaurants alone. I live alone. I pretty much do everything on my own. I don’t mind.’ Dan says, ‘Write a song about it.’
“The more I thought about it,” she continues, “I thought, I’ve heard 1,000 songs in my life, they’re all about, I am so tired of being alone. I can’t live without you. Since you’ve left my world has fallen apart. When am I going to see you again? Marry me and be with me for the rest of my life. I have never heard anyone celebrate being alone in a song. I couldn’t think of one.”
“Alone” marks Hynde’s first musical effort since her  2015 memoir, “Reckless: My Life as a Pretender,” hailed by the New York Times upon its release as “honest and distinctive…first and foremost, a love letter to rock and roll.”
The Pretenders begin a North American tour with Stevie Nicks on October 25 at Phoenix, AZ’s Talking Stick Arena with a stop in San Jose, CA. and ending December 18 at The Forum in Inglewood, CA. The complete tour dates are below.
LISTEN TO “HOLY COMMOTION” HERE 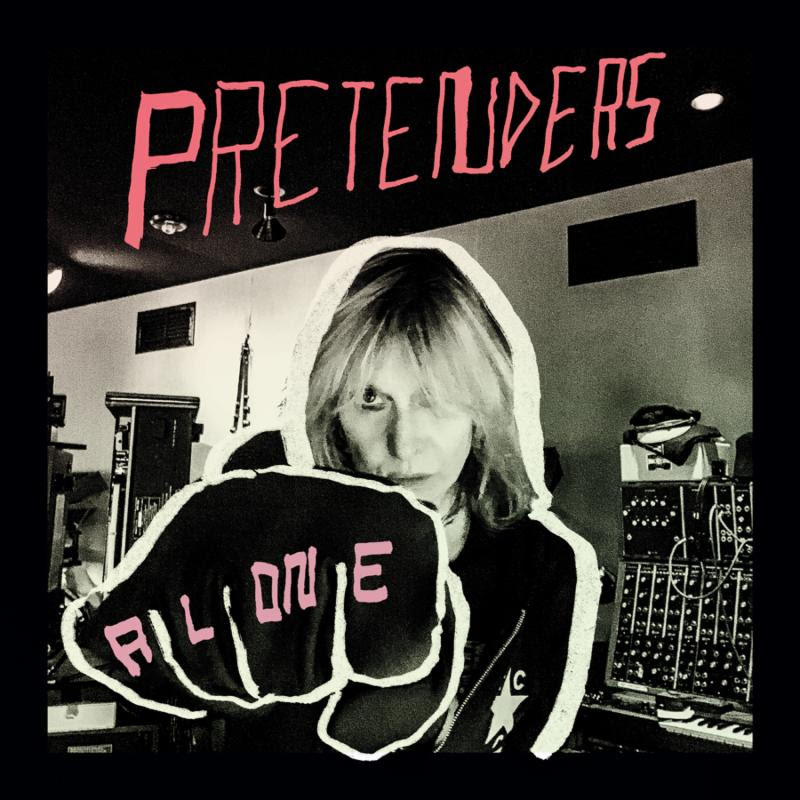 In 2015 The Legends released the album “It’s Love” after a 6-year hiatus. Today the band

It was announced today that Heavy Metal band Ghost have released a new EP entitled “Popestar.” The surprise five-track offering