As the biggest single debut of 2017, “rockstar” skyrocketed to #1 in more than 20+ countries worldwide. Among its many accolades, “rockstar” holds down #1 on US Spotify, Global Spotify, US Spotify Viral, and Global Spotify Viral charts. It debuted #1 on the iTunes Overall Top 200 and Top Hip-Hop/Rap Songs Chart in addition to trending #1 in Search. At Apple Music, it’s #1 Overall and #1 Hip-Hop/Rap.

Building on all this excitement Post Malone is continuing to tour the country. Don’t miss him when he stops by the Warfield next week in San Francisco. 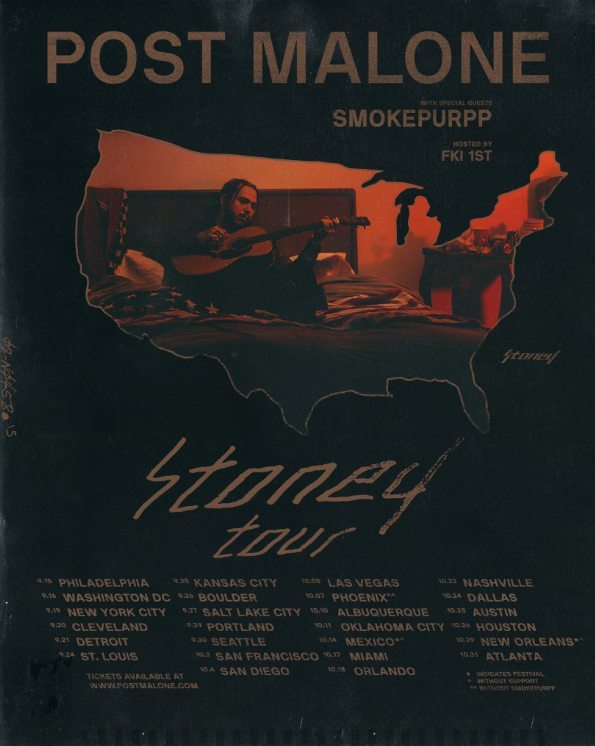 Jessie J has been out of the spotlight for quite some time now. She attributes it to … More
02

In response to the recent North Bay firestorm, a coalition of Bay Area business and community leaders … More

The names of the Rock & Roll Hall of
WATCH “YUMMY” LYRIC VIDEO HERESTREAM “YUMMY” HERE    COUNTDOWN TO THE “YUMMY” VIDEO PREMIERE HERE
Coachella returns to the Empire Polo Club in Indio, CA
Sponsored Content The Black Lips and Bushmills rocked the
Pianist and singer-songwriter Ben Folds joins the SF Symphony
This website uses cookies to improve your experience. We'll assume you're ok with this, but you can opt-out if you wish. Cookie settingsACCEPT
Privacy & Cookies Policy