Menu
Alesso has just unveiled his high-concept video for latest single ‘Falling’. Shot in Los Angeles and directed by Henrik Hanson, the stylish video is an homage to 80s movies such as ‘9½ Weeks’ and stars Alesso himself as he controls the movements of a dancer, creating a partner for the lone female dancer.
Of the video, director Henrik Hanson says:
“I wanted to make a video about something impossible, like two AI robots falling in love. Alesso discovers that something is amiss, so he creates a partner, the AI couple fall in love through their dance. I wanted their dance to feel passionate and sensual, and to send a beautiful message to the viewer that we should take care of each other. He takes care of her, and she takes care of him after a long and hot dance.”
Alesso is currently on tour across the globe – he will headline Miami Ultra Music Festival in March, as well as EDC Mexico and Euphoria Texas – all alongside residencies at XS at The Encore and Wynn’s Encore Beach Club in Las Vegas. He also opened for Madonna on her MDNA tour, who invited him personally, referring to Alesso as “the next big thing in dance music”. 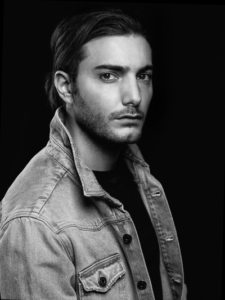 Hailee Steinfeld drops her new single “Let Me Go,” today. The song was produced by Grammy