San Francisco music festival, Phono del Sol Music & Food Festival announced their complete lineup today. The music festival, which is scheduled to return to Potrero del Sol Park in San Francisco on Saturday, June 17, will feature an assortment of cultural delights including local bands and food options from some of the best restauranteurs in the city.

GA and VIP tickets are on sale now at www.phonodelsol.com, with GA tickets available for $29. A portion of 2017 ticket proceeds will support the San Francisco Recreation & Parks Department. 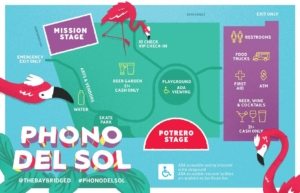 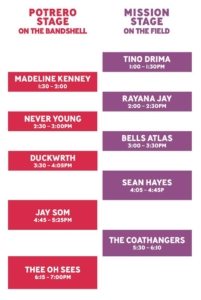 Outside Lands have just announced their single day lineups, which includes performances on Friday night by

Outside Lands has announced the daily lineups and that Single Day tickets
Portola is a new 2-day music festival taking place on September 24
If you’ve been following this blog you know how much of an
Stern Grove Festival, one of the longest-running outdoor music festivals in the
Life is Beautiful has just announced their lineup for 2022. The festival
This website uses cookies to improve your experience. We'll assume you're ok with this, but you can opt-out if you wish. Cookie settingsACCEPT
Privacy & Cookies Policy